Perhaps no other realm of reality’s reign is so likely to develop from unreflective acts of ‘taking things for granted’ as is our relationship with what we now are capable of understanding as scientific and technical matters—whether this presumption elicits utter urgency to own the latest cell phone, complete befuddlement when the lights go out, or the absolute insistence that ‘throwing things away‘ is somehow possible despite the ineluctable fact that no such place as that exists on our way through life’s interconnected ecosystems: inasmuch as such an observation yields a resonant response from an observer, such massive investments and truly totalitarian programs as a Modern Nuclear Project absolutely necessitate close study and popular engagement, unless of course that technology’s downside, in the MNP’s case thermonuclear mass collective suicide, maintains some sort of magical appeal or irresistible influence on our psyches, a sort of Thanatopic worship of death and dystopia despite how unlikely is any conclusion that such practices of willful annihilation will lead to pragmatic outcomes, let alone ones that nurture and sustain humanity’s both relentless and delicate imprimatur here on Planet Earth.

Quote of the Day
“There is something delicious about writing the first words of a story. You never quite know where they’ll take you…. I remember I used to half believe and wholly play with fairies when I was a child. What heaven can be more real than to retain the spirit-world of childhood, tempered and balanced by knowledge and common-sense. … I cannot rest, I must draw, however poor the result, and when I have a bad time come over me it is a stronger desire than ever.” – Beatrix Potter 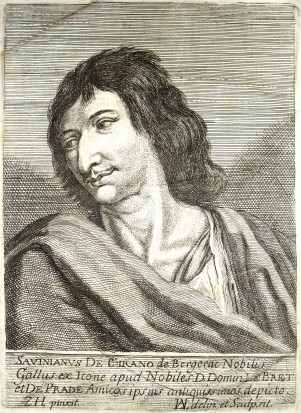 Bergerac lived out his final chapter; two hundred twenty-three years prior to the present pass, both Robespierre and Saint Just lost their heads in Paris; exactly a decade more along the temporal arc, in 1804, a baby boy took a first breath en route to his life as anthropologist and philosopher Ludwig Feuerbach; a hundred ninety-six years ahead of the now, meanwhile, Peru under Jose de San Martin declared independence from Spain    MORE HERE

Doc of the Day

Numero Uno—“§ 1The task of the modern era was the realisation and humanisation of God – the transformation and dissolution of theology into anthropology.

§ 2 Protestantism
The religious or practical form of this humanisation was Protestantism.  The God who is man, that is to say the human God, Christ, this and only this is the God of Protestantism.  Unlike Catholicism, Protestantism is no longer concerned with what God is in himself, but only with what he is for man; hence, it knows no speculative or contemplative tendency like Catholicism.  It has ceased to be theology – it is essentially Christology; that is, religious anthropology.   MORE HERE

A Lit Hub look at a very important creative relationship: “The ravishing descriptions in A Moveable Feast give a strong taste of the powerful role that art played in the life and thought of Hemingway. The highlight of his experience as a collector of art offers insight not just into his range of intellectual interests, but also into what he was trying to do as a writer.

His acquisition of Joan Miró’s greatest painting, The Farm, is more than just an anecdote illustrating a little-known artsy side to “Papa” Hemingway, so different from the machismo stories of his pounding poor Morley Callaghan in the boxing ring, cycling with Dos Passos, drilling tennis balls through the racket of Pound, boozing with matadors, and eventually slaying lions.”

A New York Times article that  looks at a recent Union-based acquisition: “Now that the acquisition has become official, Mr. Eisendrath, a Chicago native who has spent much of his career as a politician and business executive, is laying out his grand ambitions for The Sun-Times. He wants to breathe new life into the newspaper, revitalizing it as a publication that tells stories of the working class and acts as a voice of the people.

The idea is particularly resonant in Chicago, one of the last two-newspaper cities in the country, and the place that gave America Studs Terkel and Upton Sinclair’s “The Jungle.””

A World Socialist Web Site commemoration of a cultural icon: “George Romero, American director of numerous horror and other films, died July 16 in Toronto. His manager, Chris Roe, explained in a statement that the filmmaker, 77, passed away in his sleep, “following a brief but aggressive battle with lung cancer.”

Owning Everything, Getting More

A Naked Capitalism post that contextualizes inequality:  “All of the above may contribute to inequality. However, the proximate cause is quite simple. The jump in inequality is due to a small number of people, mostly business executives, who make huge amounts of money. They are the Mega Rich, the top .1 percent in income, who averaged $6.1 million in income in 2014. The Merely Rich are the rest of the 1 percent. It’s the Mega Rich, not the Merely Rich, who drive inequality. (I’m a member of the Merely Rich, so don’t blame me.)”