Any theory, or conceptualization, or contextualization, or hypothesis fails if it cannot explain or otherwise account for even a single demonstrable fact in the field or range to which the concepts in question apply, or that the concepts in question concern; thus, the first step toward anything even vaguely resembling a more or less completely accurate awareness must remain an unblinking and extensive description of the surface of things under consideration so as to ponder, develop, and articulate extensively the causal, correlative, interconnective, and different sorts of dynamic links among all the elements of empirical reality that the observer can explicate: of course, instead of operationalizing, both as a whole, and for various identifiable component parts, such knowledge protocols as these about the world that we inhabit, what transpires are ‘expert’ and ‘authoritative’ litanies of propaganda and bullshit that at once obfuscate precisely to confuse and mislead exactly to delineate routine reality in a light most favorable to the present-day plutocrats and contemporary rulers who in some schematic of conversation and combination, of negotiation and intertwined mutuality, more or less control and in any event outright dominate the systemic workings of capitalism in the current context.

In a tribute that should include every day of every year, today is International Women’s Day; in what is today Iran seven years earlier than a millennium ago, the renowned Persian poet, Ferdowsi, finished the world’s longest epic poem, Shahnameh, the Book of Kings; five hundred sixty-six years subsequent to that conjunction, in 1576, a Spanish explorer by the name of Diego Garcia de Palacio first uncovered the ruins, in what is now Western Honduras, of a hundreds of years old Mayan city, Copan; forty-two years past that point in time and space, in 1618, Johannes Kepler, working with data about the movement of the heavenly spheres, which he had already discovered were elliptical, noticed a universal correspondence between the cube of any particular ellipses longest radius and square of its orbital period, which became the “third law of planetary motion;”  MORE HERE

“If you would have fought like a man you wouldn’t have to die like a dog.”
(Anne Bonny to John “Calico Jack” Rackham)”

Doc of the Day
1. Oliver Wendell Holmes, Jr., 1897.
2. Nikolai Bukharin, 1917.
3. Neil Postman, 1993.
4. Tom Costa, 2011.
Numero Uno—“When we study law we are not studying a mystery but a well-known profession.  We are studying what we shall want in order to appear before judges, or to advise people in such a way as to keep them out of court.  The reason why it is a profession, why people will pay lawyers to argue for them or to advise them, is that in societies like ours the command of the public force is intrusted to the judges in certain cases, and the whole power of the state will be put forth, if necessary, to carry out their judgments and decrees.  People want to know under what circumstances and how far they will run the risk of coming against what is so much stronger than themselves, and hence it becomes a business to find out when this danger is to be feared.  The object of our study, then, is prediction, the prediction of the incidence of the public force through the instrumentality of the courts. MORE HERE

In Love with Duras 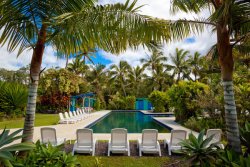 The Pele’s Fire Writing Retreat will be held from March 21 to March 27 at the Kalani Oceanside Retreat, located on 120 acres of secluded rainforest in Pahoa, Hawaii. The retreat features workshops for poets, fiction writers, creative nonfiction…

Judged by Richard Bausch, the Nelligan Prize for short fiction is open to stories between 10 and 50 pages; the winner will receive a $2,000 honorarium and publication in Colorado Review.

A Noise Within Theatre Dramaturg

A Noise Within, California’s premier classical repertory theatre, is currently seeking a Dramaturg to create study guides for A Noise Within’s 2017-2018 season.

The Dramaturg will report to the Director of Education and will be responsible for researching, compiling, and writing all materials for 6 study guides.

A Lenny post that looks at the work of a valiant young filmmaker: “In 1995, at the age of 21, Miranda July started an underground movie-sharing network for women filmmakers. Joanie 4 Jackie (formerly Big Miss Moviola) thrived for more than a decade and connected hundreds of women, including Sarah Gertrude Shapiro (creator of Unreal), artist K8 Hardy, and Essence advice columnist/empowerment coach Abiola Abrams. In January, the Getty Research Institute acquired the Joanie 4 Jackie archive. You can see everything at joanie4jackie.com, a complete digital record of the project.”

A Nieman Lab review of a recent conference of particular importance to writers and journalists:  “Didn’t make it this year to NICAR in Jacksonville, Florida, where attendees worked through issues around data analysis and visualization, FOIA, and more (including a Trump rally and a bullriding outing)? You may have missed the company of hundreds of people working in investigative and data journalism, but luckily, there’s great documentation from the weekend (there was even a friendly conference concierge Twitter bot, which Quartz’s Bot Studio tested out at this year’s NICAR).”

A Naked Capitalism analysis of one of monopoly media’s liberal elite bastions’ sell-out status:  “His bad guys include individuals like Oliver Stone, Mickey Kaus, and Susan Sarandon who have almost no connection with the first group, plus ones who are respected by some writers in the first group but have little influence on their ideas (Tulsi Gabbard, Jill Stein, Dennis Kucinich, Cornel West). Lest his readers become alarmed by a discussion of issues, Wolcott cherry-picks the Eileen Jones post in Jacobin about Meryl Streep as if it epitomizes…. something, presumably what all the named parties really stand for if you got a few too many drinks into them.“

A 21st Century Wire posting that looks at how some of the fallout of the current moment and the significance of the current administration could help sow the seeds to a better, more just, and more informed future: “Now the eye-opening process has begun. Watch out for the six-packers and their evaporated illusions! You have finally awaken the slumbering slave of America, and awakened they are Alas! All empires go through these stages.  The awkward moments must be tolerated i.e. the president without a cabinet, the supporters with semi-automatic weapons guarding his speeches in Georgia and Florida. The anti-Semitic accusations that are being discussed in the morning regular sessions on CNN. The angry obliterated Alan Dershowitz who is nervously accusing CNN’s moderator Don Lemon, of giving the anti-Semites their fifteen minutes of fame. They fear that it will catch fire on the colleges and universities.”