INDIGENOUS INSISTENCE ON NEW WAYS TO DO ‘BUSINESS’ WITH EACH OTHER

http://thefreethoughtproject.com/enbridge-pipeline-removal-chipewa-land/
In relation to issues of empire and hegemony, and the resistance and counterpoint that imperial dominance always elicits, a centrally important report from The Free Thought Project, about a band of American Indians, or native Americans, or indigenous Americans, who have in the national ‘heartland’ of the Upper Midwest taken a stand against continued ‘pipeline politics,’ in the event refusing to renew a conduit’s lease for ‘right-of-way’ through Chippewa territory, the development and disposition of which contrariety ought to interest all scrappy scribes and stalwart citizens who care about carbon and popular democracy and other aspects of human viability, matters that tie inextricably to such recent upheaval as Vice News has proffered, to wit the seeming decision of Rodrigo Duterte’s Philippine government to conduct exercises with the Russians even as the former colony’s relationship with the ‘mother-ship’ in Washington seems, at best, decidedly out of sorts.

Eight hundred ninety-nine years ago, forces allied with Alfonso of Aragon drove out the last Sultanate of Zaragoza in Northern Spain; two hundred ninety-six years later, in 1412, a baby girl came into the world who would live the brief and fiery life of Joan of Arc; eight decades beyond that juncture, in 1492, as Columbus was ‘discovering’ America an ocean away in 1492, Spanish crown troops completed the ‘reconquest’ of Spain from Islam; two hundred ninety-six years before the here and now, in an eventuality that foretold later dynamics of money and fetish and greed, the South Sea Bubble official inquiry released its report; as the Napoleonic Wars—the real first world war, arguably—wound down eighty-eight years subsequently, in 1809, Portugal’s government-in-exile and its troops and Brazilian forces and a small British maritime contingent attacked French Guiana’s Cayenne in the Southern Caribbean; MORE HERE

How simultaneously humanity’s storytelling capacity can serve, on the one hand, to salvage our potential and salve our aches while at the same exact instant, on the other hand, it distracts us from what is central, distorts how reality actually operates, and alienates us from each other must seem one of the supreme paradoxes of the current context, perhaps the supreme contradiction that characterizes the media and culture arenas, both of whose roots reside in the capacity to spin yarns and create narratives, inevitably as false as they are inventive, that nevertheless form the foundation for much of what we might imagine as social coping mechanisms, without which our very survival would be in question.

Back of every mistaken venture and defeat is the laughter of wisdom, if you listen. Every blunder behind us is giving a cheer for us, and only for those who were willing to fail are the dangers and splendors of life. To be a good loser is to learn how to win. I was sure there are ten men in me and I do not know or understand one of them. I could safely declare, I am an idealist. A Parisian cynic says “I believe in nothing. I am looking for clues.” My statement would be : I believe in everything — I am only looking for proofs.

Doc of the Day
Numero Uno: “Harley, Earl of Oxford, was a well-known government figure who formed the South Sea Company in 1711 by an Act of Parliament. He wanted to improve the British Government’s finances by paying back £10 million of debt, including military debentures. MORE HERE from Harvey Kaye, an excerpt from The Fight for the Four Freedoms: What Made FDR & the Greatest Generation Truly Great

THE CAPACITY REALLY TO SEE, A NEVER ENDING NECESSITY
http://www.dazeddigital.com/artsandculture/article/34166/1/why-we-still-need-ways-of-seeing-john-berger
An arguably unusual opportunity for scrappy scribes and stalwart citizens to have a moment of epiphany, a juncture in which many juxtaposed elements suddenly make sense and appear with a clarity and logic that had theretofore either been elusive or seemed immaterial, in the event another gift from Dazed Digital, about the just-deceased John Berger, whose multipart series for the British Broadcasting Corporation, “Ways of Seeing,” remains a sublime and essential classic about how propaganda, consciousness, culture, and inculcation all percolate together in regard to such apparently given topics of consideration as female sexuality, the role of art, the meaning of cultural hegemony, and plenty more besides, a third entry by the estimable historian and public intellectual that is possible to attend as a series, should one feel so inclined, a matter about which all folks of ‘liberal’ or ‘progressive’ or ‘leftist’ tendencies can ruminate in many forums of the present pass, as in this investigation of the key transitions or “great turnings” that our current context commands of us. 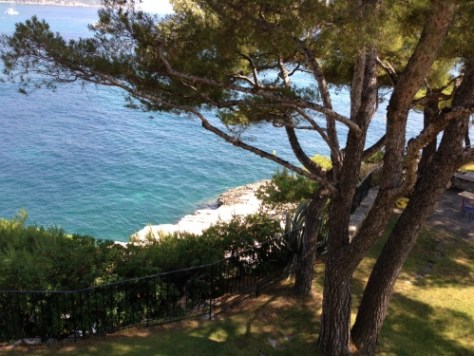 The BAU Institute offers residencies from July 24 to August 21 for poets and fiction writers at the Camargo Foundation in Cassis, France, located on the Mediterranean Sea approximately 20 miles from Marseille. Residents are provided with a bedroom in a private or shared apartment, and have access to the Camargo campus, including a reference library, gardens, and a theater. Submit 6 to 10 poems, up to 15 pages of a novel, or two short stories or essays of any length; a curriculum vitae; a letter of intent; and contact information for two professional references with a $43 application fee by February 28. E-mail or visit the website for more information.

The Jacob Burns Film Center is committed to promoting the growth and development of new filmmakers through The Valentine and Clark Emerging Artist Fellowship and Sally Burns Shenkman Women Filmmaker FellowPrograms.

Belhaven University, a Christian university committed to the ministry of integrating biblical truth and learning, is searching for the ideal candidate for Assistant Professor of Creative Writing who has a heart for Christ Jesus and students at the Jackson, Mississippi campus.

A Portside article that looks at the many things that could help achieve lasting change: “The Obama era reminded us all that popular movements play an essential role as catalysts for political action. The enthusiasm generated by the Sanders campaign was a surprise, but it did not spring from the void. Any new radicalism needs to learn from the past, but not simply to reenact it. The new American radicalism must be open and multifaceted, speaking the language of American society but receptive to insights from an increasingly interconnected world.”

An Editor & Publisher posting that introduces readers to a very useful tool: “For many journalists, transcribing an interview, especially a lengthy one, can be a long and arduous process. After nearly 30 years in the journalism industry, and countless hours of transferring audio to text, one journalist believes he has finally found a solution to ease the most painful part of a reporter’s workflow.

An Information Clearing House look at the bleak future ahead of us: “In the face of the Neo-McCarthyism represented by this legislation and the many other repressive moves of the Obama administration to curtail speech and control information — from the increased surveillance of the public to the use of the espionage act to prosecute journalists and whistleblowers — one would reasonably assume that forces on the left would vigorously oppose the normalization of authoritarianism, especially in this period of heightened concerns about neo-fascism. “

A War on the Rocks look at the need to consider strategy behind war, in the context of the new administration: “Americans should hope that the president-elect will contemplate the guidance of the most experienced among his strategic advisers and members of his cabinet to square the new administration’s perspective on strategy and statecraft.  For the United States to find its footing in the next four to eight years, its senior leadership and its professional advisors should consider lessons long-observed, if rarely learned, about the wages of war without strategy.  The U.S. military does record lessons, fastidiously so, but it failed to absorb many of the strategic lessons in the aftermath of Vietnam because there was no consensus on the reasons for that failure.”